Raise your donation by adding further items to your basket. 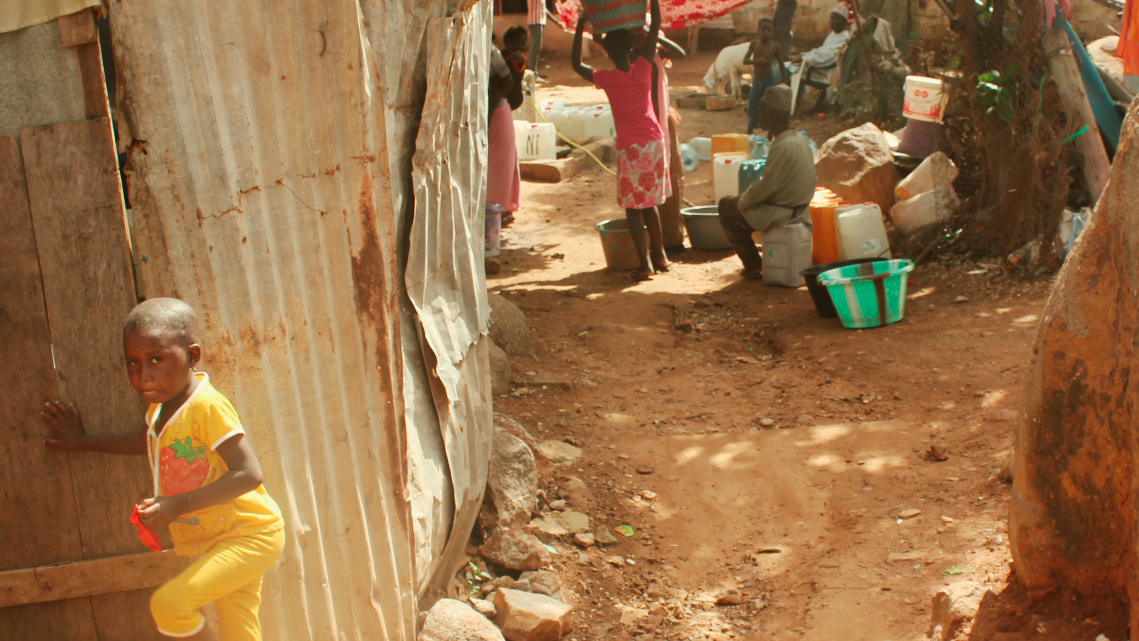 Slum dwellers live in an overcrowded environment surrounded by mounds of uncollected dirty waste. Large families share makeshift shanties no bigger than a small room. Children play in filthy streets where rats and livestock roam free. Poor hygiene causes health problems for many. Here, misery, uncertainty and a lack of opportunity are an ever-present reality. 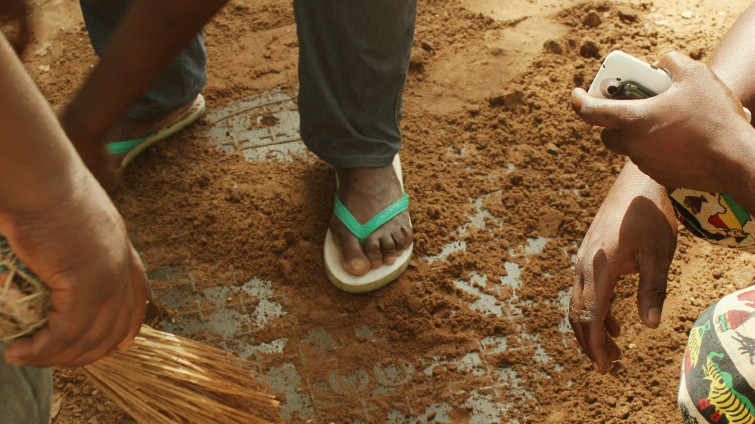 A fresh start and new hope:

Baraka begins its journey with the installation of a water system.

The “YOU Foundation – Education for Children in Need” is helping to improve the standard of living in slums. With the Baraka project, the intention is to ensure that current and future generations have sustainable access to the basic needs for a humane and dignified life. This innovative project is unique in that it will help the people of Baraka help themselves. These people are not uncivilized or helpless. In fact, these slum dwellers from 12 different African countries live peacefully together and are tolerant to all cultures and religions. They have established their own governing bodies that functions as a “citizen’s council” to ensure harmonious cohabitation.

As compared to other slums, it is not characterized by criminal activity. They are underprivileged, but not unable and simply want change. They want their community to be a better and more livable place. Project Baraka will not only bring things such as electricity, water systems, sanitation and medical care to the district, it will help these motivated people get what they need to actively shape and further develop their community.

In a project of such magnitude, we have experienced a few hurdles.

We have dedicated support from the government, but getting funding and raising awareness among slum dwellers have been challenging. While most slum dwellers embrace progress, some of the elderly are skeptical and afraid of change. It is our job to personally speak with the people of Baraka about project goals, take their concerns seriously and convince them of project benefits. Fortunately, we have many experienced and professional partners on our side. This gives us strength and security to help transform Baraka into a self-sufficient district with sustainable development. 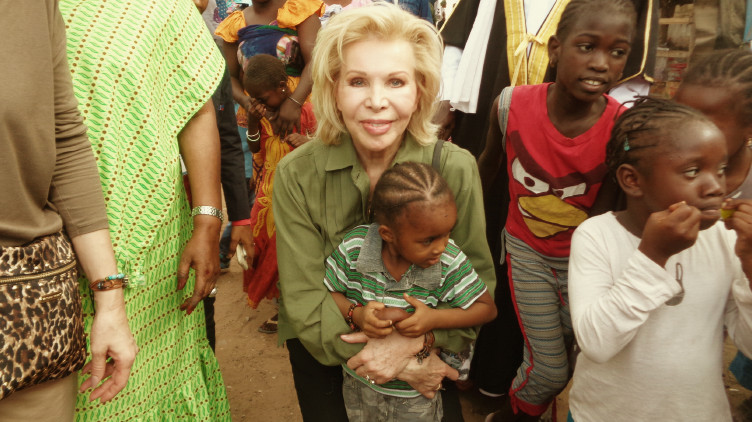 The Baraka project has many advocators and supporters, but none as enthusiastic as Dr. h.c. Ute-Henriette Ohoven, UNESCO Special Ambassador & Consul General of Senegal. Her affiliation with the slum begins long before these positions. Nearly 20 years ago, Ute-Henriette Ohoven visited Baraka for the first time and was shocked by the inhumane conditions and abject poverty the people had to endure daily.

She was also impressed by their hope and confidence in the belief that there was a better future for them. During her many visits she met an elderly Frenchmen named Jacques Burniceau who lived in the slum helping the inhabitants. As with most slums, the inhabitants were there illegally and had no rights to the property.

When possible, Mr. Burniceau collected money to buy and repair shanties as well as provide clean water. Ute-Henriette Ohoven financially supported this man in his charitable efforts until he passed away and has continued this work long after his death. 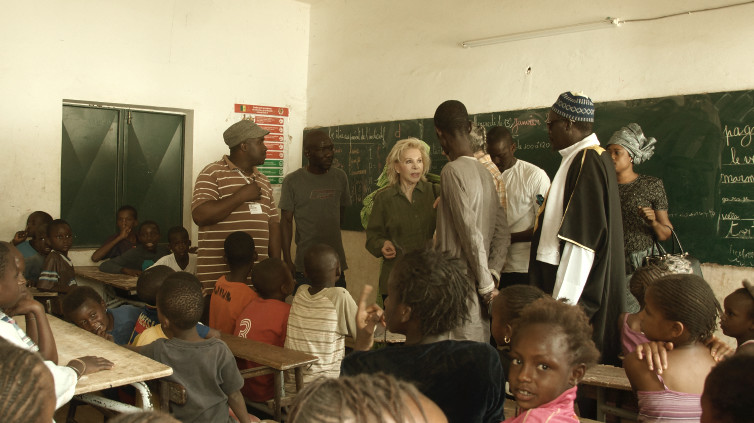 A visit to the school, which will be enlarged as part of project New Baraka.

Over the years, Ute-Henriette Ohoven built a school, small medical and water stations as well as the “Michael Schumacher multipurpose hall.” She is known by nearly all inhabitants and affectionately called “Mama Blond”. They pray that she continues to stay and support them. Despite the combined efforts of Mr. Burniceau and Ute-Henriette Ohoven, the slum was under constant risk of demolition and the forced resettlement of inhabitants.

These threats became real when the government outside of Dakar bought this land. Ute-Henriette Ohoven mediated for many years with politicians on behalf of the slum dwellers so that the Baraka land would be given to the citizens living on it. After prolonged negotiations, she finally received the required written decree from active and future-oriented President Macky Sall.

Since 2004, Ute-Henriette Ohoven has dedicated herself to supporting the people of Baraka as a UNESCO Special Ambassador. Through this role and her position as General Consul of Senegal, she remains committed to the cause close to her heart: the Baraka slum and its people. Great strides have been made in creating a sustainable future for Baraka, but it is still not enough for dignified existence. 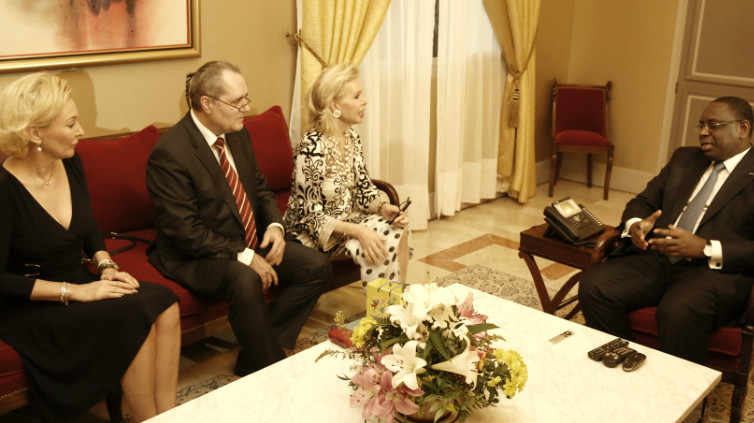 “We will build upon this milestone and initiate our visionary pilot project. It is the first project of its kind worldwide, and can give slum dwellers, especially children, living under degrading and inhumane conditions better prospects for the future. With La Baraka, we would like to pave the way for a new kind of social investment. Baraka should become the global model for sustainable change in slum areas.”

Dr. h.c. Ute-Henriette Ohoven
Together we can make a difference. Help us give the people of Baraka a future.

The « Baraka City », a bright and promising future for the people of Baraka …